A few months ago was my daughters second birthday and the theme of the day was Sesame Street. I think it is almost impossible to raise a kid that doesn’t get exposed to Sesame Street at some point.

Anyway, when I throw a party, I really like to go all out and have everything from decor, to food, to drinks embrace the theme. Well the decor part was easy as there are a number of pre-made sesame street decorations around. I added to a few store bought ones with some party hats made to resemble the main characters and colorful balloon bunches. In addition to the amazing cake my sister made, I made some colored cupcakes with Oscar, Elmo, Grover, Bert, Ernie, and Cookie Monster faces on them. But my best creation (of which I am very proud of) was the food. This was a toddler party after all, and I needed some healthy snacks for the kiddies ( and adults). Thus was born my idea to create the character’s faces out of fruit and veggies. This turned out great and was a huge success. Below are a few pictures of the different faces. 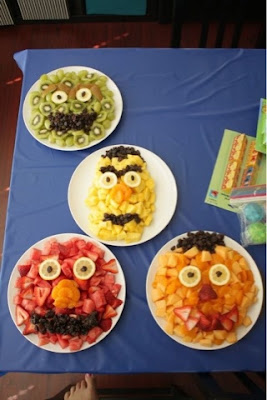 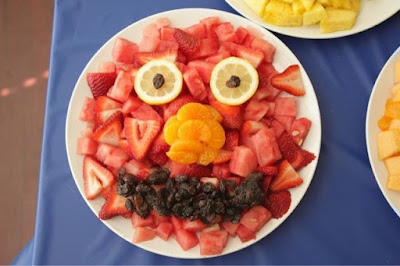 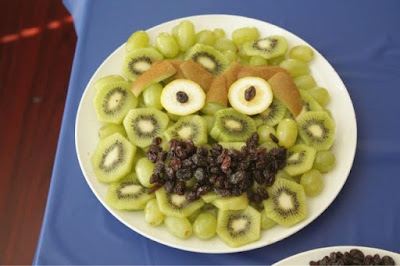 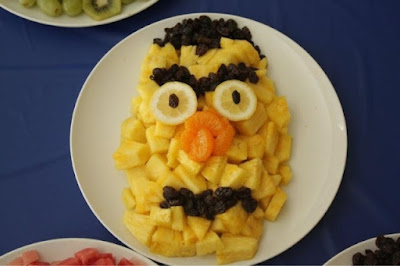 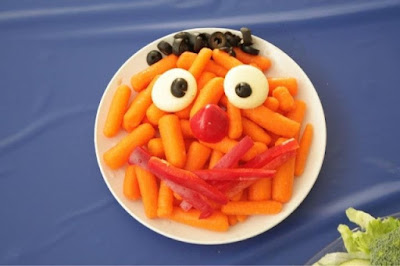 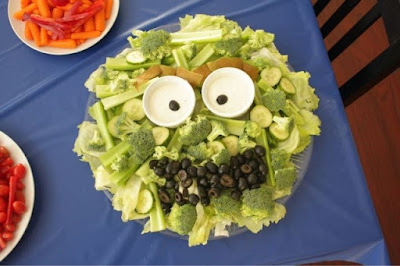 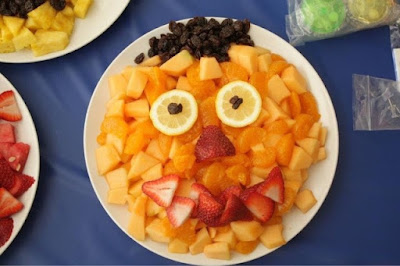 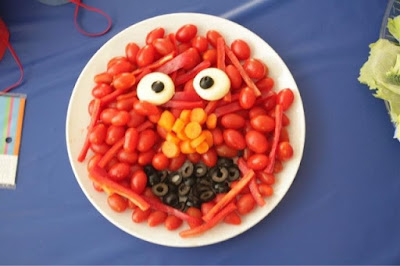 After seeing my idea, my cousin then adapted the idea for her daughters 2nd birthday Yo Gabba Gabba birthday. Take a look and get inspired on a cute new way make your next fruit or veggie tray. 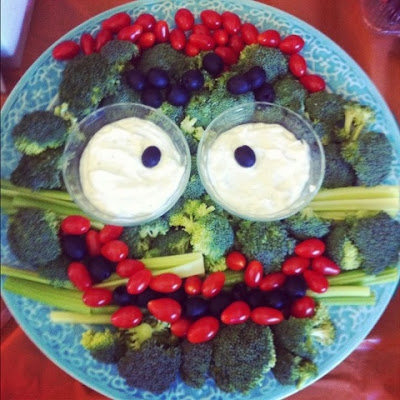 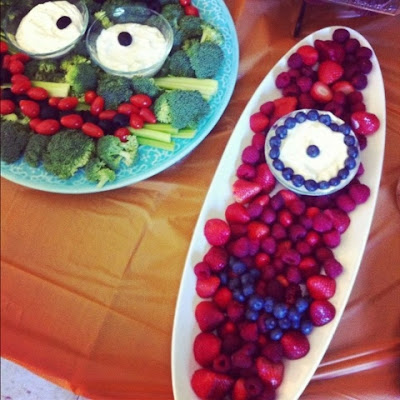