Today my nephew came over for a play date, and while Madeline loves having him over and never wants him to leave, she also hasn’t quite mastered the art of playing WITH others. She is not quite two and I think she still shadow plays, while Kingston loves to play with her and she just doesn’t get it. So we end up getting a bunch of whines, fusses, and tears as she thinks he is trying to take what she is playing with.

In order to make today’s play date more successful, I tried to have some fun things for them to do. First we played outside while I planted the remaining sweet potato slips I grew. Then once that was done, we came inside for a treat. I used a large mixing bowl and filled it with cereal for the kids to play with. I added a bunch of cups and measuring spoons and bowls for them to measure and pour with. The best part is that the cereal was also their snack and they could munch as they played. I used Kix cereal because it was the cheapest and had the most cereal per box. And luckily enough, most was still usable at the end. I just swept up the stuff that fell on the floor and discarded it. It amounted to one bowls worth, which to me was worth the fun. Here are a few pictures of the kids playing (and eating). 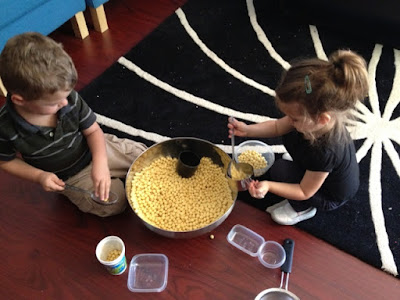 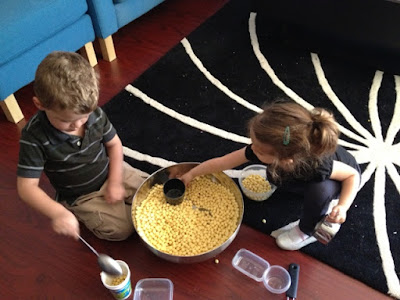 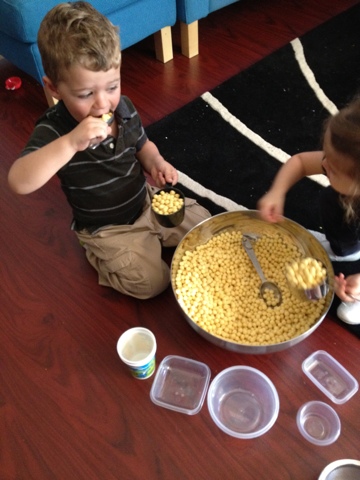